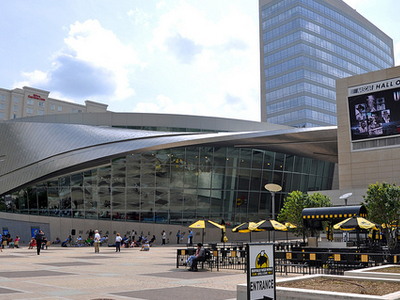 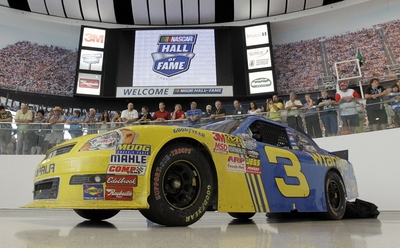 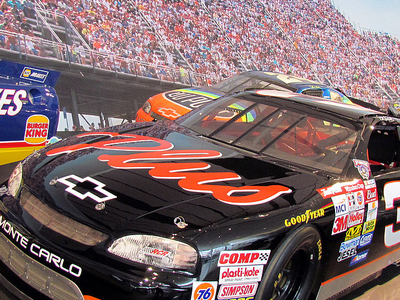 The NASCAR Hall of Fame honors drivers who have shown exceptional skill at NASCAR driving, all-time great crew chiefs and owners, and other major contributors to competition within the sanctioning body.

NASCAR committed itself to building a Hall of Fame and on March 6, 2006, the city of Charlotte, North Carolina, was selected as the location. Ground was broken for the $160 million facility on January 26, 2007, and it officially opened on May 11, 2010, with the inaugural class inducted the day following the NASCAR Sprint All-Star Race XXVI. The new Hall of Fame brings hundreds of jobs and an increase in tourism to Charlotte. In addition to the Hall of Fame, the NASCAR Plaza, a 20-story office building, opened in May, 2009. The 390,000-square-foot (36,000 m2) structure serves as the home of Hall of Fame-related offices, NASCAR Digital Media, and their licensing division. Other tenants include the Charlotte Regional Partnership and Lauth Property Group. Richard Petty and Dale Inman helped unveil the first artifact at the Hall of Fame, which was the Plymouth Belvedere that Petty drove to 27 wins in 1967.

The City of Charlotte was responsible for the construction of the building and is the owner of the NASCAR Hall of Fame. However, it is operated by the Charlotte Regional Visitors Authority. Winston Kelley is the NASCAR Hall of Fame Executive Director. Internationally renowned Pei Cobb Freed & Partners is leading the design effort. Little Diversified Architectural Consulting based in Charlotte is the local architectural firm overseeing many aspects of design and construction of the project. Engineering and Fabrication of the stainless steel möbius which wraps around the structure was completed by Zahner, of Kansas City. Exhibition design is by Ralph Appelbaum Associates, and exhibition lighting by Technical Artistry. Site excavation and grading services commenced on May 21, 2007.


Second Floor:
Third Floor:
Fourth Floor:
There is also a gift shop, the Hall of Fame Café and a Buffalo Wild Wings restaurant on site. An expansion, which includes a new ballroom, is also part of the project. While most information on the Charlotte bid has been released voluntarily, the Charlotte Observer has asked the state Attorney General for an opinion requiring full disclosure of the financial details. The self-proclaimed slogan used by Charlotte for the Hall of Fame was "Racing Was Built Here. Racing Belongs Here."

Other final candidates
The other two cities at the time of the announcement that were in the running were Atlanta, Georgia, and Daytona Beach, Florida.

Here's the our members favorite photos of "Museums in Charlotte". Upload your photo of NASCAR Hall of Fame!

Going to NASCAR Hall of Fame? Get answers from our friendly locals