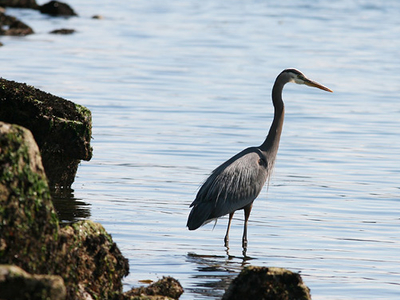 Myrtle Edwards Park in Seattle, Washington is a 4.8 acre (19,000 m sq) public park along the Elliott Bay waterfront north of Belltown. It features a 1.25-mile long bicycle and walking path and is a good place to see eagles, gulls, and crows.The park's original name was Elliott Bay Park, but was renamed after the late city councilwoman Myrtle Edwards in 1976 after her family withdrew her name from what is now Gas Works Park. From 1964 until 2008 the park was the site of the annual Fourth of Jul-Ivar's celebration—one of Seattle's large Fourth of July fireworks shows.

Here's the our members favorite photos of "City Parks in Seattle". Upload your photo of Myrtle Edwards Park!

Going to Myrtle Edwards Park? Get answers from our friendly locals