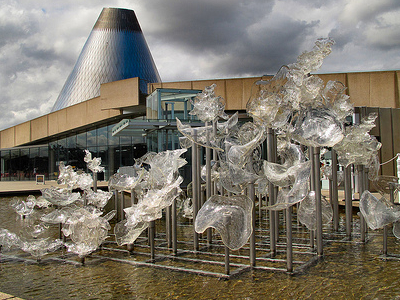 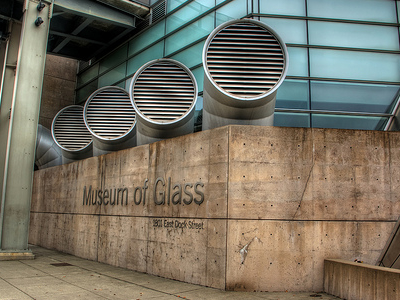 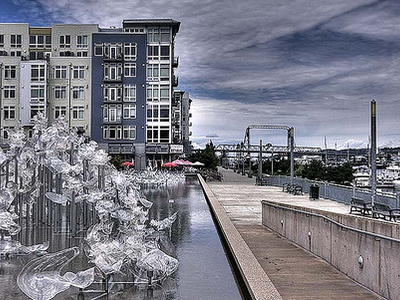 The Museum of Glass (MOG) is a 75,000-square-foot art museum in Tacoma, Washington dedicated to the medium of glass. Since its inception, the Museum of Glass has been committed to creating a space for the celebration of the studio glass movement through nurturing artists, implementing education, and encouraging creativity.

History
The idea for the Museum of Glass began in 1992 when Dr. Philip M. Phibbs, recently retired president of the University of Puget Sound, had a conversation with Tacoma native and renowned glass artist Dale Chihuly. Dr. Phibbs reasoned that the Pacific Northwest’s contributions to the studio glass movement warranted a glass museum, and just a few weeks later he outlined his idea and rationale for the Museum of Glass to the Executive Council for a Greater Tacoma. The timing of his proposal corresponded with the idea to redevelop the Thea Foss Waterway, and the Chairman of the Council, George Russel, concluded that the Museum of Glass would be the perfect anchor for the renewed waterway.

The site for the museum, directly adjacent to the Thea Foss Waterway, was secured in 1995, and two years later acclaimed Canadian architect Arthur Erickson revealed his design for the museum. Construction of the museum began in June 2000, and the steel frame of the iconic hot-shop cone was completed in 2001. Shortly thereafter construction began on the Chihuly Bridge Of Glass to link the museum to downtown Tacoma. The museum opened on July 6, 2002 to thousands of visitors and worldwide accolades.

Exhibitions
The Museum of Glass galleries are used for temporary exhibitions of 20th- and 21st-century glass.
Current Exhibitions

Here's the our members favorite photos of "Museums in Tacoma". Upload your photo of Museum Of Glass!

Going to Museum Of Glass? Get answers from our friendly locals