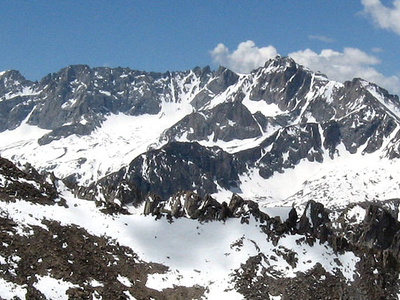 Mount Stanford, at an elevation of 13,973 feet (4,259 m), is on the Kings-Kern Divide in Kings Canyon National Park. It is named for Stanford University. Although it is one of the highest peaks in California, Mount Stanford does not usually qualify for lists of California's highest peaks because it has a prominence of less than 500 metres (1,640 ft) The peak is located about 3.6 miles (5.8 km) from University Peak.

Here's the our members favorite photos of "Peaks or Summits in Sequoia National Forest". Upload your photo of Mount Stanford!

Going to Mount Stanford? Get answers from our friendly locals