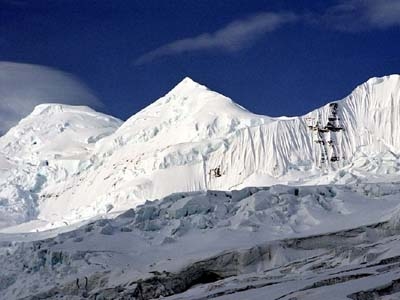 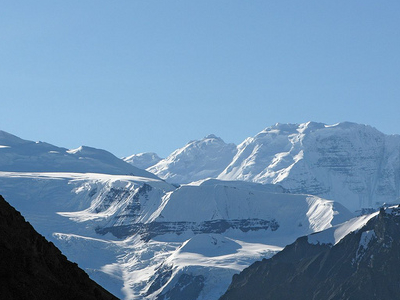 Mount Bona is one of the major mountains of the Saint Elias Mountains in eastern Alaska, and is the fifth highest independent peak in the United States. Mount Bona and its adjacent neighbor Mount Churchill are both large ice-covered stratovolcanoes. Bona has the distinction of being the highest volcano in the United States and the fourth highest in North America, outranked only by the three highest Mexican volcanoes, Pico de Orizaba, Popocatépetl, and Iztaccíhuatl.

The mountain's massif is covered almost entirely by icefields and glaciers, and it is the principal source of ice for the Klutlan Glacier, which flows east for over 40 miles (64 km) into the Yukon Territory of Canada. The mountain also contributes a large volume of ice to the north-flowing Russell Glacier system.

Mount Bona was named by Prince Luigi Amedeo, Duke of the Abruzzi in 1897, who saw the peak while making the first ascent of Mount Saint Elias about 80 miles (130 km) to the southeast. He named it after the Bona, his racing yacht. The mountain was first climbed in 1930 by Allen Carpé, Terris Moore, and Andrew Taylor, from the Russell Glacier on the west of the peak. The current standard route is the East Ridge; a climb of nearby Mount Churchill is a relatively easy addition via this route as well.

Here's the our members favorite photos of "Volcanoes in Wrangell - St Elias National Park". Upload your photo of Mount Bona!

Going to Mount Bona? Get answers from our friendly locals