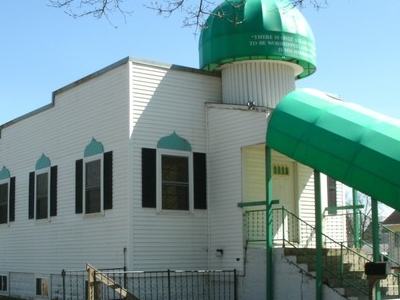 The Mother Mosque of America, once known as The Rose of Fraternity Lodge and also known as Moslem Temple, in Cedar Rapids, Iowa, United States, is the longest standing mosque in North America. Built in 1934, it is the second oldest after the 1929 mosque built in tiny Ross, North Dakota, however that mosque was torn down in the 1970s and later rebuilt in 2005, leaving the Mother Mosque as the oldest standing. It is also slightly younger than the Al-Rashid Mosque in Edmonton, Alberta, Canada.

Here's the our members favorite photos of "Mosques in Cedar Rapids". Upload your photo of Mother Mosque Of America!

Going to Mother Mosque Of America? Get answers from our friendly locals