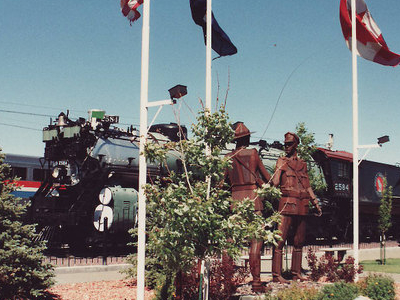 Havre is a city in, and the county seat of, Hill County, Montana, United States. It is said to be named after the city of Le Havre in France. The population was 9,621 at the 2000 census.According to the United States Census Bureau, the city has a total area of 3.5 square miles (9.1Square Kilometer), all of it land.

The Wahkpa Chu'gn buffalo jump, or bison kill, is located behind the Holiday Village Shopping Center near the northwest corner of Havre. Over 2,000 years old, it is one of the largest and best preserved buffalo jumps anywhere. In prehistoric times, Native Americans would drive bison over the edge of the cliff, killing or severely injuring the animals. Afterwards, the Native Americans skinned the animals and preserved the meat. The buffalo jump is now an archaeological site and a small tourist attraction.

Here's the our members favorite photos of "Cities in Montana". Upload your photo of Havre!

Going to Havre? Get answers from our friendly locals