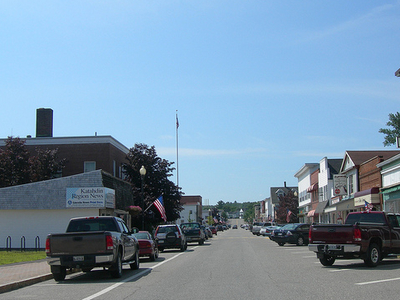 Millinocket is a former mill town in Penobscot County, Maine, United States. The population was 5,203 at the 2000 census. Millinocket is both a forest products and recreational area. After securing land rights, the chosen site was at the junction of the West Branch of the Penobscot River and Millinocket Stream, where it stands today. Things moved quickly, and on May 15, 1899, construction began on the Great Northern mill. As the location was not near existing towns, it became necessary to build one. Millinocket, meaning "the land of many islands" after all the islands in the Penobscot River (and having nothing to do with the mill), was incorporated on March 16, 1901.

Here's the our members favorite photos of "Towns & Villages in Maine". Upload your photo of Millinocket!

Going to Millinocket? Get answers from our friendly locals