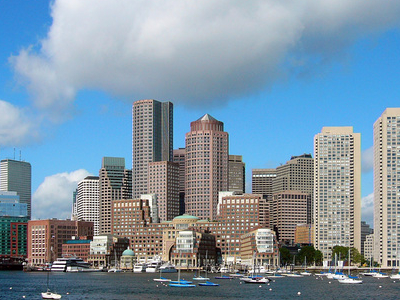 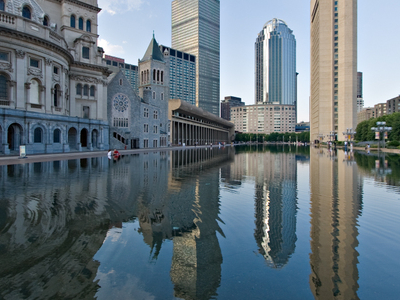 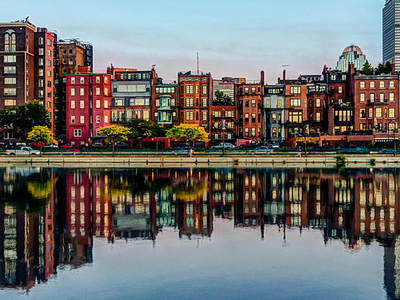 More Photos >
Save me
Been here
Want to go
Show on Map
Here to help 12 tour guides, 26 locals and 2 ambassadors

Boston is the capital and largest city of the Commonwealth of Massachusetts in the United States. Boston also served as the historic county seat of Suffolk County until Massachusetts disbanded county government in 1999. The city proper covers 48 square miles (124 sq km) with an estimated population of 655,884 in 2014, making it the largest city in New England and the 24th largest city in the United States. The city is the anchor of a substantially larger metropolitan area called Greater Boston, home to 4.5 million people and the tenth-largest metropolitan area in the country. Greater Boston as a commuting region is home to 7.6 million people, making it the sixth-largest Combined Statistical Area in the United States.

One of the oldest cities in the United States, Boston was founded on the Shawmut Peninsula in 1630 by Puritan settlers from England. It was the scene of several key events of the American Revolution, such as the Boston Massacre, the Boston Tea Party, the Battle of Bunker Hill, and the Siege of Boston. Upon American independence from Great Britain, the city continued to be an important port and manufacturing hub, as well as a center for education and culture. Through land reclamation and municipal annexation, Boston has expanded beyond the original peninsula. Its rich history helps attract many tourists, with Faneuil Hall alone attracting over 20 million visitors per year. Boston's many firsts include the United States' first public school, Boston Latin School (1635), and first subway system (1897).

The area's many colleges and universities make Boston an international center of higher education and medicine, and the city is considered to be a World leader in innovation for a variety of reasons. Boston's economic base also includes finance, professional and business services, and government activities. The city has one of the highest costs of living in the United States, though it remains high on world livability rankings.

Parks and Recreation:
Boston Common, located near the Financial District and Beacon Hill, is the oldest public park in the United States. Along with the adjacent Boston Public Garden, it is part of the Emerald Necklace, a string of parks designed by Frederick Law Olmsted to encircle the city. The Emerald Necklace includes Jamaica Pond, Boston's largest body of freshwater, and Franklin Park, the city's largest park and home of the Franklin Park Zoo. Another major park is the Esplanade, located along the banks of the Charles River. The Hatch Shell, an outdoor concert venue, is located adjacent to the Charles River Esplanade. Other parks are scattered throughout the city, with the major parks and beaches located near Castle Island; in Charlestown; and along the Dorchester, South Boston, and East Boston shorelines.

Boston's park system is well-reputed nationally. In its 2013 ParkScore ranking, The Trust for Public Land reported that Boston was tied with Sacramento and San Francisco for having the third-best park system among the 50 most populous US cities. ParkScore ranks city park systems by a formula that analyzes the city's median park size, park acres as percent of city area, the percent of residents within a half-mile of a park, spending of park services per resident, and the number of playgrounds per 10,000 residents.

Here's the our members favorite photos of "Cities in Suffolk County". Upload your photo of Boston!

Going to Boston? Get answers from our friendly locals