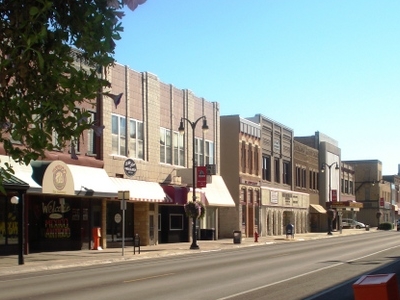 Marshalltown is a city in and the county seat of Marshall County, Iowa, United States. The towns name was changed to Marshalltown in 1862 because another Marshall, Iowa already existed. With the help of Potawatomi chief Johnny Green, Henry Anson persuaded early settlers to stay in the area. In the mid 1850s Henry Anson donated land for a county courthouse to be built.

Here's the our members favorite photos of "Cities in Marshall County". Upload your photo of Marshalltown!

Going to Marshalltown? Get answers from our friendly locals