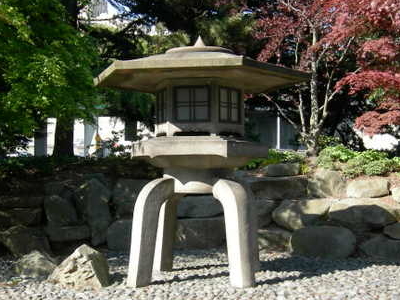 Kobe Terrace is a 1-acre (4,000 m2) public park in the International District neighborhood of Seattle, Washington. It incorporates the Danny Woo International District Community Garden. Named after Kobe, Seattle's sister city in Japan, it occupies most of the land bounded on the west by 6th Avenue S., on the north by S. Washington Street, on the east by Interstate 5, and on the south by S. Main Street.Some of the wood structures in the Danny Woo Garden were constructed by the Howard S. Wright design/build studio of the University of Washington College of Architecture and Urban Planning under the direction of Steve Badanes.

Here's the our members favorite photos of "Gardens in Seattle". Upload your photo of Kobe Terrace!

Going to Kobe Terrace? Get answers from our friendly locals