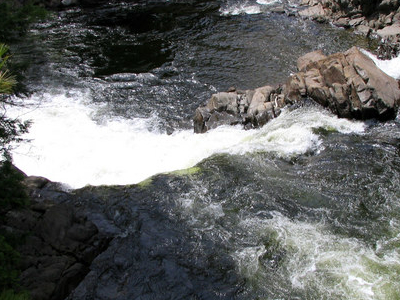 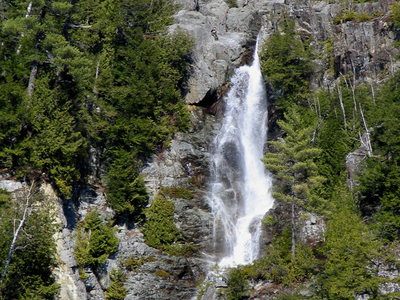 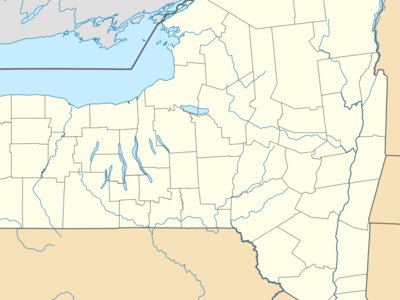 The town of Keene was created from splitting parts of the towns of Jay and Elizabethtown on March 19, 1808. This originally included current North Elba, but that was split in 1848 from the original Keene. The area had been made up of a mountainous and rocky surface, with a low population due to the unstable soil in the region. A nearby highway was extended to Keene Center via the towns of Lewis and Jay, but it was deemed unusable due to the structure of the area. The area had been a stronghold with the lumber and iron industries. However, exporting the items made by these industries was hard, because there was a lack of transportation in the area. Business began to grow around 1820, when the town then had sawmills, forges and gristmills being built. The riverbed region of Keene soon became the location of the first community, and the town began to grow, with Keene Flats becoming a community by 1840. The area continued to grow for several more decades after. In 1882, when the Adirondack Park was created as a protected area in the state, a privately tolled and maintained road to lower Ausable Lake was constructed. Keene is a town in central Essex County, New York, United States. The population was 1,063 at the 2000 census. Keene is the home of Mount Marcy, the highest mountain in New York state, as well as the Great Range and 15 of the 46 High Peaks, and the Ausable Lakes, the source of the Ausable River. Trailheads for many of the High Peaks are located within the town, along with the Johns Brook Lodge of the Adirondack Mountain Club. All of the town is in the Adirondack Park, the largest state park in the nation.

Here's the our members favorite photos of "Cities in Keene". Upload your photo of Keene!

Going to Keene? Get answers from our friendly locals