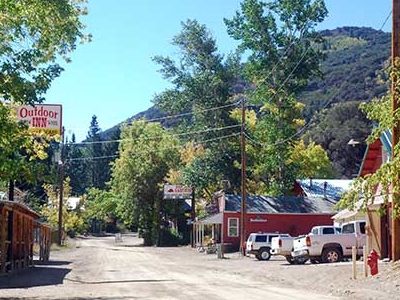 Jarbidge is an unincorporated community in Elko County, Nevada, United States. It lies on the edge of the Jarbidge Wilderness, several miles south of the Idaho/Nevada border. Noted locally for its remoteness, the community is usually accessed by road from Rogerson in Twin Falls County, Idaho. There is an 80-mile-long dirt road to Jarbidge heading north from the Deeth exit of Interstate 80; it is usually open only from late June until October due to snow. The community lies on the West Fork of the Jarbidge River.Gold was discovered near Jarbidge in 1909.

Here's the our members favorite photos of "Towns & Villages in Nevada". Upload your photo of Jarbidge!

Going to Jarbidge? Get answers from our friendly locals