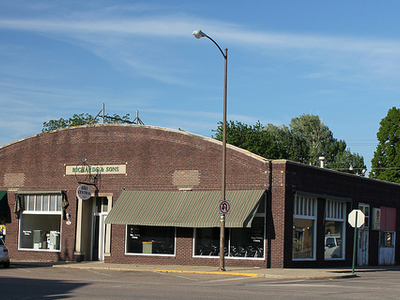 Le Mars was platted in 1869, but no lots were sold until the Chicago and North Western Transportation Company arrived in 1879. According to town legend, CNW investor John I. Blair and a group of women arrived at the town which was then referred to as St. Paul Junction. Le Mars is a city in and the county seat of Plymouth County, Iowa, United States. Le Mars is the home of Wells' Dairy, the World's largest producer of ice cream novelties in one location and is the self-proclaimed "Ice Cream Capital of the World". Wells is most well known for its Blue Bunny products. Le Mars, located on the Floyd River, is northeast of Sioux City. Le Mars is the former home of Westmar University, which closed in 1997.

Here's the our members favorite photos of "Cities in Iowa". Upload your photo of Le Mars!

Going to Le Mars? Get answers from our friendly locals