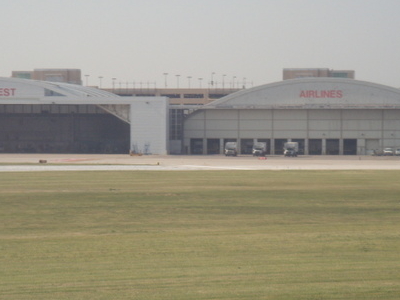 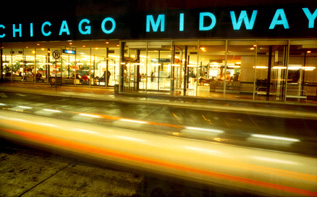 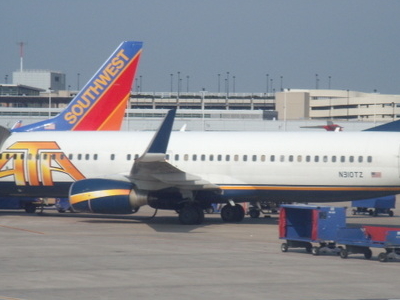 Chicago Midway International Airport, also known simply as Midway Airport or Midway, is an airport in Chicago, Illinois, United States, located on the city's southwest side, eight miles (13km) from Chicago's Loop. The airport's current IATA code MDW has been used since 1949 when Chicago Municipal Airport was renamed Chicago Midway Airport, although the airline schedule books continued to call it CHI until airline flights began at O'Hare. It is bordered by 55th Street, Cicero Avenue (terminal entrance), 63rd Street, and Central Avenue. The airport's northern half is within the Garfield Ridge community area, and the southern half is within the Clearing community area. The airport is managed by the Chicago Airport System, which also oversees operations at O'Hare International Airport and Gary/Chicago International Airport. The airport is named after the Battle of Midway during World War II.

Here's the our members favorite photos of "Airports in Chicago". Upload your photo of Chicago Midway Airport!

Going to Chicago Midway Airport? Get answers from our friendly locals

Get in touch with 4 Touristlink members who want to visit Chicago Midway Airport or with Bryan Nagy, Del King and 3 others who already have been here.