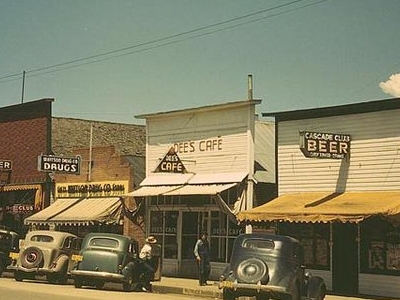 Cascade is a rural city in and the county seat of Valley County, Idaho, United States, in the west central part of the state. It sits at an elevation of 4,780 feet (1,460 m), along the North Fork of the Payette River. The population was 939 at the 2100 census. Cascade is located on the southeast shore of Lake Cascade, formerly known as "Cascade Reservoir." With the introduction of the Tamarack Resort in 2004, the name was officially changed to sidestep the negative marketing connotations of "reservoir." It was formed by the completion of Cascade Dam, on the north side of the city. Construction by the Bureau of Reclamation began in 1942, was halted during World War II, and completed in 1948. The recreational city of McCall is 29 miles (46 km) north, and the village of Donnelly is a little over midway, via Highway 55. The shuttered Tamarack Resort (2004 - 09) is across the reservoir to the northwest. Cascade was the home of a sizable Boise Cascade sawmill, which closed in May 2001.

Here's the our members favorite photos of "Cities in Idaho". Upload your photo of Cascade!

Going to Cascade? Get answers from our friendly locals