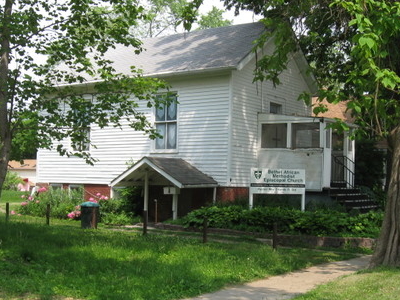 Save me
Been here
Want to go
Show on Map
Here to help 2,289 tour guides and 3 locals

The Bethel African Methodist Episcopal Church in Iowa City, Iowa was built in 1868 to serve a predominantly African-American congregation. Originally called Zion AME, Bethel is one of Iowa City's oldest frame houses and the oldest surviving structure associated with African Americans in Iowa City. The original church is 600 square feet (56 m2) and has room for 50 people. A new 4,000-square-foot (370 m2) sanctuary is being built which will hold three times the current congregation size.

Here's the our members favorite photos of "Churches in Iowa City". Upload your photo of Bethel AME Church!

Going to Bethel AME Church? Get answers from our friendly locals