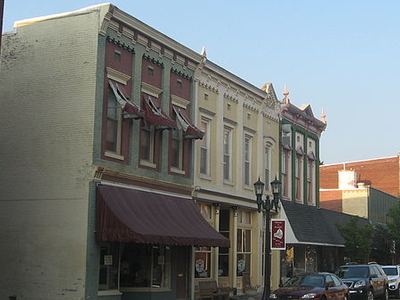 Huntingburg is a city in Dubois County, Indiana, United States. The population was 6,057 at the 2010 census. This small town tucked in southwestern Indiana is known for its picturesque downtown famous for numerous antique shops. It is part of the Jasper Micropolitan Statistical Area. The town is also known as the "Hollywood of the Midwest." The movies "A League of Their Own", "Hard Rain", and the HBO film "Soul of the Game" were filmed in Huntingburg. Columbia Pictures built the grandstand at League Stadium that was to become part of the set for "A League of Their Own."

Here's the our members favorite photos of "Cities in Indiana". Upload your photo of Huntingburg!

Going to Huntingburg? Get answers from our friendly locals