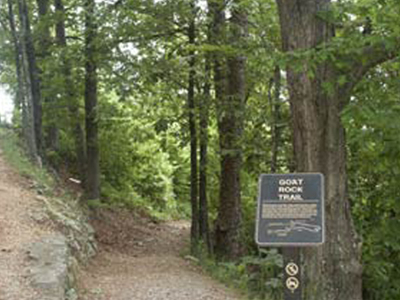 The hot springs flow from the western slope of Hot Springs Mountain, part of the Ouachita Mountain range. In the park, the hot springs have not been preserved in their unaltered state as natural surface phenomena. They have instead been managed to conserve the production of uncontaminated hot water for public use.

Here's the our members favorite photos of "National Parks in Arkansas". Upload your photo of Hot Springs National Park!

Going to Hot Springs National Park? Get answers from our friendly locals