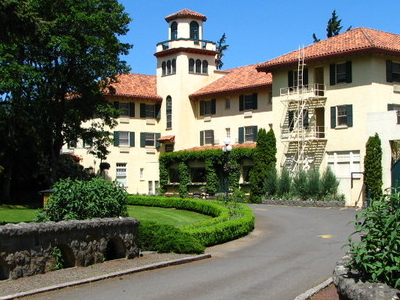 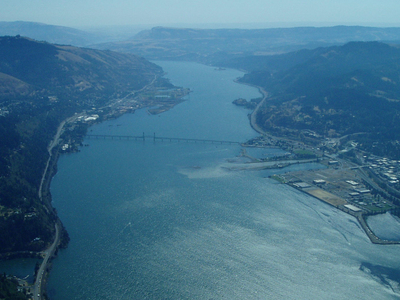 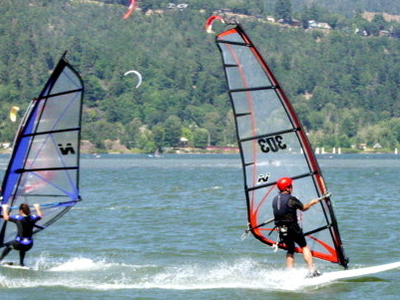 Annual Cultural Events: Annual events include the Hood River Valley Blossom Festival, which takes place in April, and the Hood River Hops Fest and the Hood River Valley Harvest Fest, both in October. Recently, FoodandWine.com picked HR Harvest Fest as one of Top 10 Fall Festivals. During the summer, the Mount Hood Cycling Classic takes place, as well as the annual Gorge Games, which feature professional competitions in ten sports such as windsurfing, kitesurfing, outrigger canoeing, rock climbing. It airs on Fox Sports in August. Hood River also hosted the 2009 US Windsurfing National Championships.

Museums and Other Points of Interest: Hood River is home to the History Museum of Hood River County, the International Museum of Carousel Art, and the Western Antique Aeroplane & Automobile Museum (WAAAM). Hood River has over two dozen sites listed on the National Register of Historic Places, including the Columbia Gorge Hotel, built in 1920 by Portland timber baron and Columbia Gorge booster Simon Benson.

The oldest house in the city is the Ezra L. Smith home, which he built in 1886 for his family.[citation needed] Smith was influential in state politics, in Oregon agricultural development, in Hood River city administration, and in banking. Many farmers and businessmen came to his home seeking advice. The house later served as a funeral home for over forty years and is now the site of wine production and tastings for Stoltz Vineyards.

Parks and Recreation
Hood River is the western gateway to the Mount Hood Scenic Byway and to a major section of the Historic Columbia River Highway. Hood River is considered a "sports mecca" and offers some of the best spots for windsurfing, kitesurfing, kayaking, skiing and mountain biking-all for which it draws considerable national attention from many media outlets, such as National Geographic Adventure. The Port Commission has built a protected Harbor for learning windsurfing called "The Hook". The city also features the family and kiteboard friendly Waterfront Park, a public pool, skate park, biking trails, and several small public parks and ball fields. The valley is also home to two 18 hole golf courses.

Education
Public primary and secondary schools in Hood River are part of the Hood River County School District. The city is also served by an extension campus of Columbia Gorge Community College, based in The Dalles. Horizon Christian School is a private school serving grades kindergarten through twelfth grade (K-12). Horizon competes at the 1A level of the Oregon School Activities Association, while the public Hood River Valley High School competes at the 5A level. The city also is home to the small Mid-Columbia Adventist School.

Here's the our members favorite photos of "Cities in Hood River County". Upload your photo of Hood River City!

Going to Hood River City? Get answers from our friendly locals