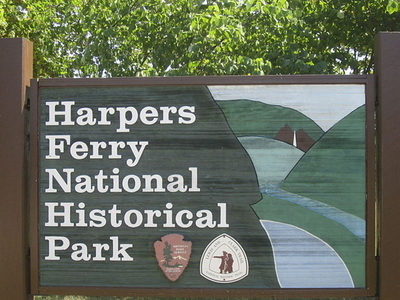 Harpers Ferry National Historical Park is located at the confluence of the Potomac and Shenandoah rivers in and around Harpers Ferry, West Virginia. The park includes land in Jefferson County, West Virginia; Washington County, Maryland and Loudoun County, Virginia.
The park is managed by the National Park Service, an agency of the U.S. Department of the Interior. Originally designated as a National Monument in 1944, the park was declared a National Historical Park by the U.S. Congress in 1963. The park includes the historic town of Harpers Ferry, notable as a center of 19th century industry and as the scene of John Brown's abolitionist uprising.