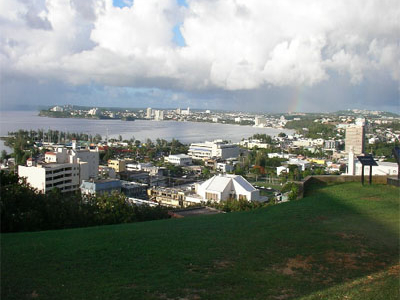 Hagatna is the capital of the United States territory of Guam. It is the island's second smallest village in both area and population. From the 18th through mid 20th century, it was Guam's population center. Today, it remains one of the island's major commercial districts in addition to being the seat of government.

Hagåtña is located at the mouth of the Hagåtña River on Guam's west coast. According to the United States Census Bureau, the city has a total area of 1 square mile (2.6 sq km). The village is bounded by the sandy beaches of Agana Bay to the north, the Agana River and associated wetlands to the east, and a cliff (above which is the village of Agana Heights) to the South.

Here's the our members favorite photos of "Towns & Villages near Guam". Upload your photo of Hagatna!

Going to Hagatna? Get answers from our friendly locals