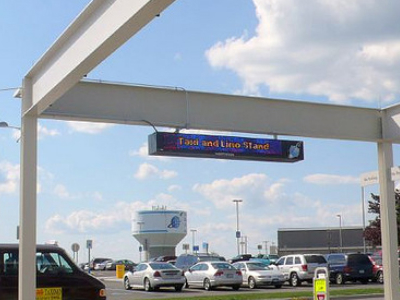 Greater Binghamton Airport (IATA: BGM, ICAO: KBGM) is a medium-sized regional airport located in Maine, New York that serves the Southern Tier of New York, primarily Broome and Tioga counties. The airport was originally named Broome County Airport and that name remained through the 1970s. It was later renamed to honor the inventor of the aircraft instrument simulator, the Link Trainer, as Edwin A. Link Field-Broome County Airport, a name it kept until the 1990s when it was again renamed to the Binghamton Regional Airport.

Here's the our members favorite photos of "Airports near Johnson City". Upload your photo of Greater Binghamton Airport!

Going to Greater Binghamton Airport? Get answers from our friendly locals

Orlando Aramini is the only Touristlink member to visit Greater Binghamton Airport. Have you been here? Click here to save it.