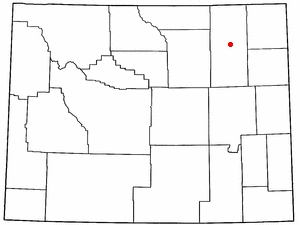 Gillette is a city in and the county seat of Campbell County, Wyoming, United States. The population was 29,087 in 2010. Gillette is a city centrally located in an area involved with the development of vast quantities of American coal, oil, and coal bed methane gas. The city calls itself the "Energy Capital of the Nation". Gillette is located between the Big Horn Mountains to the west and the Black Hills to the east, in the Powder River Basin. Gillette was incorporated on January 6, 1892, less than two years after statehood. The city was named after Edward Gillette, a plumber. Gillette is also known as the energy capital of the nation.

Here's the our members favorite photos of "Cities in Wyoming". Upload your photo of Gillette!

Going to Gillette? Get answers from our friendly locals