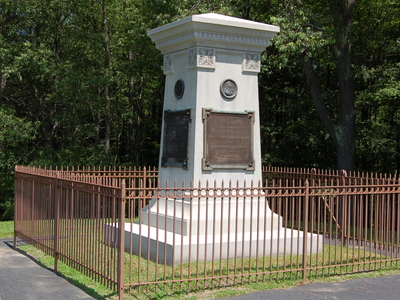 Fort Necessity National Battlefield is a National Battlefield Site in Fayette County, Pennsylvania, United States, which preserves elements of the Battle of Fort Necessity. The battle, which took place on July 3, 1754, was an early battle of the French and Indian War, and resulted in the surrender of the British, under Colonel George Washington, to the French and Indians, under Louis Coulon de Villiers.

Here's the our members favorite photos of "National Parks in Pennsylvania". Upload your photo of Fort Necessity National Battlefield!