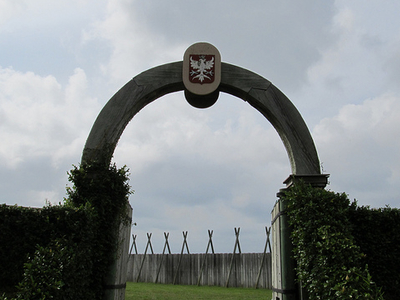 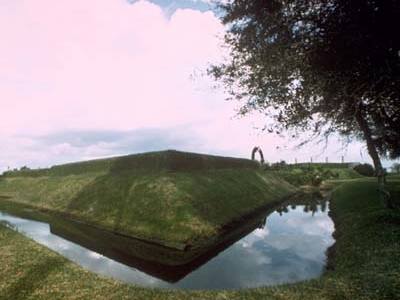 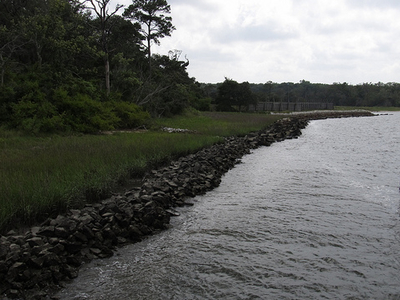 Fort Caroline was the first French colony in the present-day United States. Established in what is now Jacksonville, Florida, on June 22, 1564, under the leadership of René Goulaine de Laudonnière, it was intended as a refuge for the Huguenots. It lasted one year before being obliterated in 1565 by Pedro Menendez, commander of a Spanish fleet that surprised the French at La Caroline who built their own fort at the site, later abandoned in 1569. The site is now operated as Fort Caroline National Memorial, a unit of the Timucuan Ecological and Historic Preserve. For related events, see: Timeline of the colonization of North America.

History
Charlesfort (1562)
A French expedition, organized by Protestant leader Admiral Gaspard de Coligny and led by the French Explorer Jean Ribault, had landed at the site on the May River (now the St. Johns River) in February 1562, before moving north to Port Royal Sound. There, on present-day Parris Island, South Carolina, Ribault encountered the Timucuans who were led by Chief Saturiwaleft. From this point, Ribault had twenty-eight men to build a settlement known as Charlesfort. Ribault then returned to Europe to arrange supplies for the new colony, but was arrested in England due to complications arising from the French Wars of Religion, which prevented his return. Without supplies or leadership, and beset by hostility from the native populations, all but one of the colonists sailed back to Europe after only a year. During their voyage in an open boat, they were reduced to cannibalism before the survivors were rescued in English waters.

Fort Caroline (1564)
Meanwhile, René Goulaine de Laudonnière, who had been Ribault's second-in-command on the 1562 expedition, led a contingent of around 200 new settlers back to Florida, where they founded Fort Caroline (or Fort de la Caroline) atop St. Johns Bluff on June 22, 1564. The fort was named for King Charles IX of France. For just over a year, this colony was beset by hunger, Indian attacks, and mutiny, and attracted the attention of Spanish authorities who considered it a challenge to their control over the area.

Fort Caroline (20th Century reproductions)
The original site of Fort de la Caroline has never been determined, but it is believed to have been located near the present day Fort Caroline National Memorial. The National Park Service constructed an outdoor exhibit of the original fort in 1964, but it was destroyed by Hurricane Dora in the same year. Today, the second replica, a near full-scale "interpretive model" of the original Fort de la Caroline, also constructed and maintained by the National Park Service, illustrates the modest defenses upon which the 16th-century French colonists depended.

Here's the our members favorite photos of "Recreational Areas in Jacksonville". Upload your photo of Fort Caroline National Memorial!