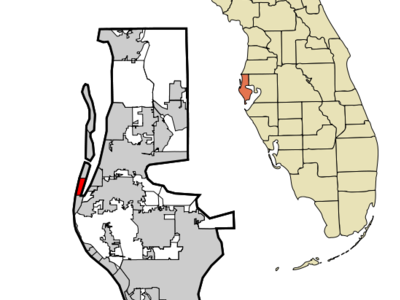 Belleair Beach is a city in Pinellas County, Florida, United States. The population was 1,560 at the 2010 census. The City of Belleair Beach operates under a Council-Manager form of government. The City Council is the legislative body of the City and is empowered by the charter to make policy which is then communicated to the City Manager for implementation. The City Council is composed of a Mayor and six (6) councilmembers who are elected at large on a non-partisan basis. According to the United States Census Bureau, the city has a total area of 1.7 square miles (4.4square kilometers). 0.6 square miles (1.6square kilometers) of it is land and 1.1 square miles (2.8square kilometers) of it (66.47percent) is water.

Here's the our members favorite photos of "Cities in Florida". Upload your photo of Belleair Beach!

Going to Belleair Beach? Get answers from our friendly locals