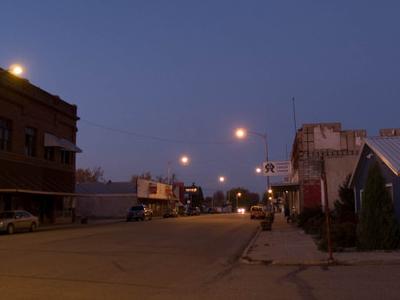 Fessenden is a city in Wells County, North Dakota in the United States. It is the county seat of Wells County. The population was 479 at the 2010 census. Fessenden was founded in 1893. Fessenden Auditorium building on Main Ave. between Railway Street South and 1 Street South has collapsed on July 3, 2007. On April 16, 2009 there was a fire that destroyed a bar, bowling alley, and a cafe, as well as doing some damage to the medical center in Fessenden. Fessenden celebrated its centenennial in July 1993.

Here's the our members favorite photos of "Cities in North Dakota". Upload your photo of Fessenden!

Going to Fessenden? Get answers from our friendly locals