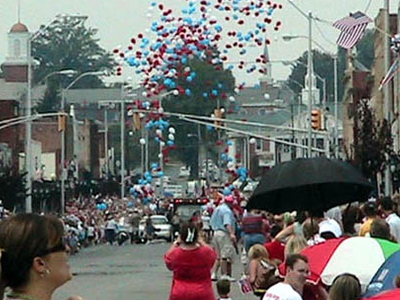 Elizabethton is a city in and the county seat of Carter County, Tennessee, United States. Elizabethton is the historical site both of the first independent American government (known as the Watauga Association, created in 1772) located west of both the Eastern Continental Divide and the original thirteen British American colonies.

Elizabethton is also the historical site of the Transylvania Purchase (1775), a major historic muster site during the American Revolutionary War for both the Battle of Musgrove Mill (1780) and the Battle of Kings Mountain (1780), and a local community within the secessionist North Carolina "State of Franklin" territory (1784–1788). The population of Elizabethton was enumerated at 14,176 during the 2010 U.S. Decennial Census.

Here's the our members favorite photos of "Cities in Tennessee". Upload your photo of Elizabethton!

Going to Elizabethton? Get answers from our friendly locals