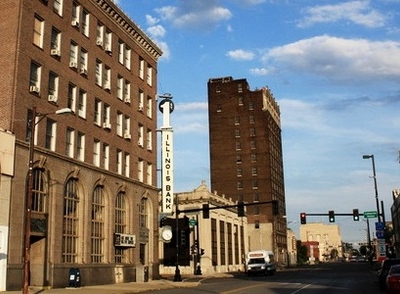 East St. Louis is a city located in St. Clair County, Illinois, USA, directly across the Mississippi River from St. Louis, Missouri in the Metro-East region of Southern Illinois. As of the 2010 census, the city had a total population of 27,006, less than one-third of its peak of 82,366 in 1950. Like many larger industrial cities, it has been severely affected by loss of jobs in the restructuring of the railroad industry and de-industrialization of the Rust Belt in the second half of the 20th century. In 1950 East St. Louis was the 4th largest city in Illinois. Other cities in the Metro-East that have suffered a similar fate are Granite City and Alton.

Here's the our members favorite photos of "Cities in Illinois". Upload your photo of East St. Louis!

Going to East St. Louis? Get answers from our friendly locals