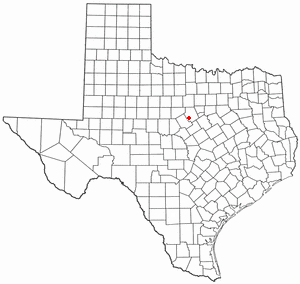 Dublin was also the boyhood home of legendary golfer Ben Hogan, who was born on August 13, 1912, at the hospital in nearby Stephenville. Hogan lived in Dublin until 1921, when he and his family relocated to Fort Worth. Dublin is a city located in southwestern Erath County in Central Texas. The population was 3,754 at the time of the 2000 census. The town is the home of the World's oldest Dr Pepper bottling plant (see Dublin Dr Pepper). The plant, still in operation, was for many years the only US source for Dr Pepper made with real cane sugar (from Texas-based Imperial Sugar), instead of less expensive high fructose corn syrup. Contractual requirements previously limited the plant's distribution range to a 40-mile radius of Dublin, an area encompassing Stephenville, Tolar, Comanche and Hico. However, this restriction was later[ambiguous] lifted, and now the "original" formula is available throughout most of Texas and over the Internet.

Here's the our members favorite photos of "Cities in Texas". Upload your photo of Dublin!

Going to Dublin? Get answers from our friendly locals