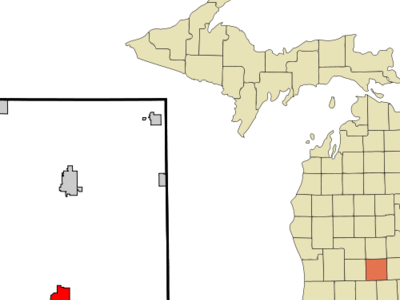 DeWitt was named after DeWitt Clinton, Governor of New York during the 1830s. It was first settled by Captain David Scott, who moved there from Ann Arbor in 1833, and platted the land. The State Legislature formally created DeWitt Township on March 23, 1836. The first township meeting was held at the house of Captain Scott on April 8, 1836. A gentleman by the name of Welcome J. Partelo was named the townships first Supervisor at that meeting. DeWitt is a city in Clinton County in the U.S. state of Michigan.

Here's the our members favorite photos of "Cities in Michigan". Upload your photo of Dewitt!

Going to Dewitt? Get answers from our friendly locals