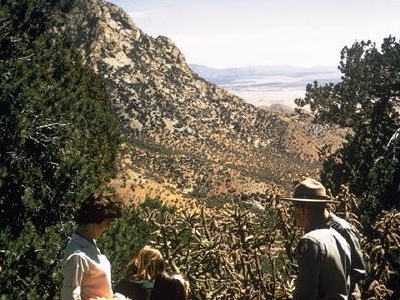 The Coronado National Memorial commemorates the first organized expedition into the Southwest by conquistador Francisco Vásquez de Coronado. The memorial is located in a natural setting on the international border on the southeast flank of the Huachuca Mountains south of Sierra Vista, Arizona. The memorial confirms the ties that bind the United States and Mexico.

Official statements indicate that it was initially designed as a gesture of goodwill and cooperation between the United States and Mexico, through the recognition of Coronado's 1540 expedition to the area.

Here's the our members favorite photos of "National Parks in Hereford". Upload your photo of Coronado National Memorial!

Going to Coronado National Memorial? Get answers from our friendly locals