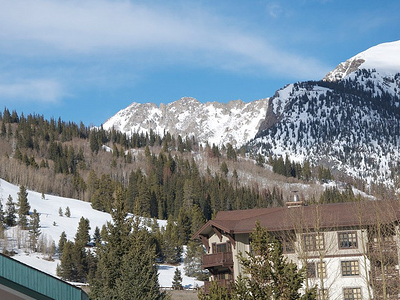 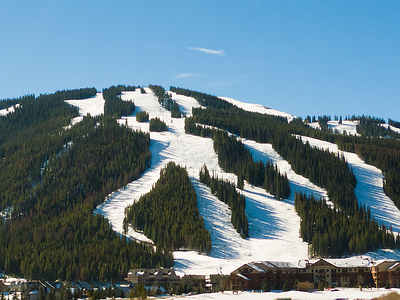 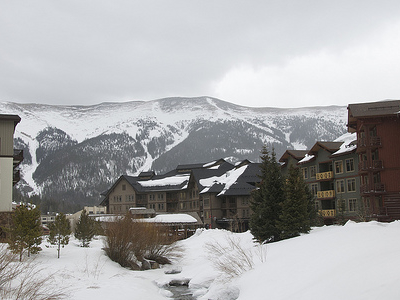 Copper Mountain is a mountain located in Summit County, Colorado, about 75 miles (121 km) west of Denver on Interstate 70. The ski area features beginner slopes on the western side of the mountain, intermediate slopes in the center, and expert terrain on the eastern side. Advanced "double black diamond" slopes are located on the two peaks above 12,000 feet (Copper and Union Peaks), including four expert-only bowls: Copper Bowl, Union Bowl, Spaulding Bowl, and Resolution Bowl. The resort offers free snowcat skiing to ticketed guests on its extreme terrain, Tucker Mountain. Copper Mountain Ski Resort has 2,465 acres of in-bounds terrain under lease from the United States Forest Service, White River National Forest, Dillon Ranger District.

History
Opened in late 1972, Copper Mountain's most notable use is as a ski resort, owned and operated by Intrawest until Dec. 2009, when operations were sold to Powdr Corporation.

Copper Mountain hosted the World Cup tour in 1976 with four Alpine ski races: slalom and giant slalom for both men and women. Copper Mountain became an Official US Ski Team downhill training venue as of the 2011/2012 season.

Resort
The lodging, dining, and entertainment facilities at Copper Mountain are divided into three villages: East Village, The Village at Copper (AKA Center Village) and West Village (formerly "Union Creek").

West Village is home to the Kokomo easy lift, Union Creek Quad, Slingshot, Glide, and Rugrat lifts. This is predominantly the beginner or learning portion of the mountain. The main ski school is located on this side of the village and mountain. Above West Village, the American Flyer lift serves blue runs from Center Village. Timberline Express lift retrieves skiers and snowboarders from the intermediate terrain in the western meadows above Union Creek.

Here's the our members favorite photos of "Ski Resorts near Breckenridge". Upload your photo of Copper Mountain!

Going to Copper Mountain? Get answers from our friendly locals

Debra is the only Touristlink member to visit Copper Mountain. Have you been here? Click here to save it.

Love ski resorts? Check these out;