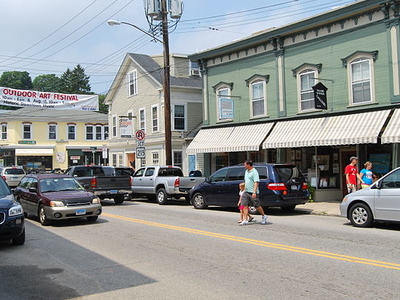 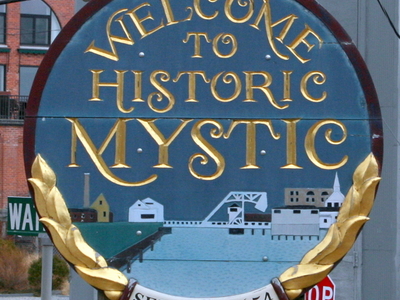 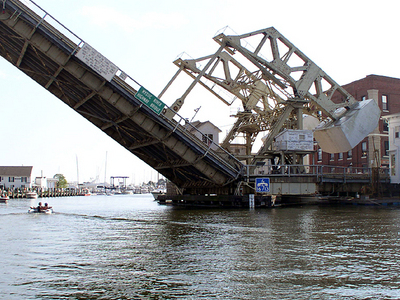 Mystic is a village and census-designated place (CDP) in New London County, Connecticut, in the United States. The population was 4,205 at the 2010 census. A historic locality, Mystic has no independent government because it is not a legally recognized municipality in the state of Connecticut. Rather, Mystic is located within the towns of Groton (west of the Mystic River, and also known as West Mystic) and Stonington (east of the Mystic River).

Historically a leading seaport of the area, the story of Mystic's nautical connection is told at Mystic Seaport, the nation's largest maritime museum, which has preserved a number of sailing ships (most notably the whaleship Charles W. Morgan) and seaport buildings. The village is located on the Mystic River, which flows into Long Island Sound, providing access to the sea. The Mystic River Bascule Bridge crosses the river in the center of the village.

History
Pre-Colonial Era
Before the 17th century, the Pequot people had established an empire across southeastern Connecticut. For many years, historians believed that they migrated in the 16th century from eastern New York. Archaeological evidence showing the presence of a people who lived in an area called Gungywump, somewhat northwest of the Mystic River, now suggests that the Pequot were indigenous to southeastern Connecticut.

The Pequot built their first village overlooking the western bank of the Mystic River, called Siccanemos, in the year 1665. By that time, the Pequot were in control of a considerable amount of territory, extending toward the Pawcatuck River to the east and the Connecticut River to the west, providing them with full access to the waters. They also had supremacy over some of the most strategically located terrain. To the northwest, the Five Nations of the Iroquois dominated the land linked by the Great Lakes and the Hudson River, allowing for trading to occur between the Iroquois Nations and the Dutch. The Pequot were settled just distant enough to be secure from any danger that the Iroquois posed.

Tourism
A major New England tourist destination, the village is home to the Mystic Aquarium & Institute for Exploration, known for its research department, concern with marine life rehabilitation, and its popular beluga whales. The business district on either side of the bascule bridge where U.S. Route 1 crosses the Mystic River contains many restaurants. Local sailing cruises are available on the traditional sailing ship Argia. Short day tours and longer evening cruises are available on the 1908 steamer Sabino departing Mystic Seaport.

Mystic Seaport is the nation's leading maritime museum and one of the premier maritime museums in the World. Founded in 1929, it is the home of four National Historic Landmark vessels, including the 1841 whaleship Charles W. Morgan, the oldest merchant vessel in the country. The museum's collections and exhibits include over 500 historic watercraft, a major research library, a large gallery of maritime art, a unique diorama displaying the town of Mystic as it was in the 19th century, a ship restoration shipyard, the Treworgy Planetarium, and a recreation of a 19th century seafaring village.

In Popular Culture
The Mystic Pizza restaurant inspired the name of the 1988 film, though that was not the location of the restaurant in the film. Scenes in Mystic Pizza were shot in Mystic, Stonington, Noank, Watch Hill, Rhode Island, and at the planetarium at Mystic Seaport.

Other historic sites/objects in Mystic are:

Here's the our members favorite photos of "Towns & Villages in New London County". Upload your photo of Mystic!

Going to Mystic? Get answers from our friendly locals