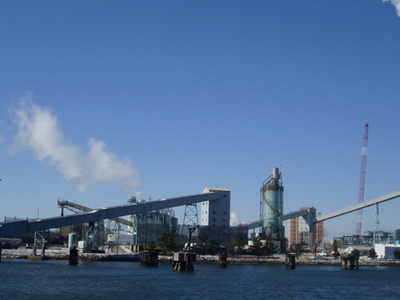 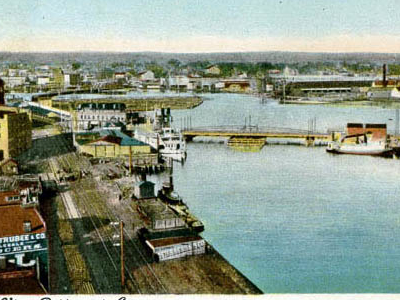 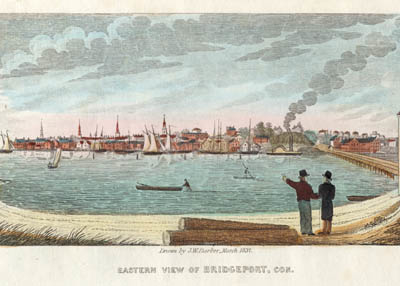 Bridgeport is the most populous city in Connecticut. Located in Fairfield County, the city had an estimated population of 144,229 at the 2010 United States Census and is the core of the Greater Bridgeport area. The city is part of the Greater New York City Combined Statistical Area and the fifth largest city in New England (behind Boston, Worcester, Providence and Springfield.) Bridgeport is the center of the 48th largest urban area in the United States, just behind Hartford (47th). Other than Black Rock and parts of Brooklawn which were originally part of the township of Fairfield, Bridgeport was originally a part of the township of Stratford.

The first English settlement on the West Bank of the mouth of the Pequonnock River was made somewhere between 1639 and 1665 and was called Pequonnock. The village was renamed Newfield sometime before 1777. More people settled further inland and to the West and the area officially became known as Stratfield in 1701, likely due to its location between the already existing towns of Stratford and Fairfield. During the American Revolution, Bridgeport was a center of privateering. In 1800, Newfield village was chartered as the borough of Bridgeport, and in 1821 the township of Bridgeport, including more of Stratfield, was incorporated. Bridgeport was chartered as a city in 1836.

History
Early Years
Bridgeport's early years were marked by residents' reliance on fishing and farming. The city's location on the deep Newfield Harbor fostered a boom in shipbuilding and whaling in the mid-19th century, especially after the opening of a railroad to the city in 1840.The city rapidly industrialized in the late-19th century, when it became a manufacturing center. It produced such goods as the famous Bridgeport milling machine, brass fittings, carriages, sewing machines, brassieres, saddles, and ammunition. Bridgeport annexed the village of Black Rock and its busy harbor in 1870.

Government and Politics
The city is governed by the mayor council system. There are twenty members of the city council elected from districts. Each district elects two members. The mayor is elected by the entire city.Bridgeport is notable for having had a Socialist mayor for 24 years; Jasper McLevy served as mayor from 1933 to 1957. A more recent mayor, Joseph Ganim, was involved in a corruption scandal, as has been the case with some other mayors in Connecticut. In June 2006, Mayor John M. Fabrizi admitted that he had used cocaine while in office.

Theater and Music
Bridgeport has a number of venues for live theater and music events, ranging from intimate performing spaces to a stadium hosting rock concerts.

Music Festivals and Concert Series
Bridgeport has been the annual home to Gathering of the Vibes, a weekend long arts, music and camping festival featuring some of the best names in festival talent. In 1999, 2000, and 2007 through 2010, thousands of people have come from all over the World to camp in Seaside Park and enjoy such talent as Buddy Guy, Bob Weir and Ratdog, Deep Banana Blackout, Les Claypool, Assembly of Dust, Dirty Dozen Brass Band, Los Lobos and Bridgeport's own The Alternate Routes.

Bridgeport is also the home of the Black Rock Art Center, a multi-cultural center that presents performing artists from Africa, Asia, the Caribbean and the Americas both at the Art Center and also in a Summer Sounds of the World concert series. The series has featured such artists as blues musician James Cotton, Grammy-award winner Eddie Palmieri, the Cambodian Angkor Dance Company, salsa master Larry Harlow, and folk artists Richie Havens and Odetta. The Art Center features a world music series, a cabaret series, the Black Rock Blues Festival, in addition to cinema, gallery, and educational programs.

Museums, Zoos and Parks
Bridgeport has a number of museums, ranging from the science-oriented to fine arts and historical, as well as the state's largest zoo. Parks
Bridgeport's first public park was the 4-acre (16,000 sq mi) Washington Park in East Bridgeport, first set aside as a park in 1851. As the city rapidly grew in population, residents recognized the need for more public parks and by 1864, Barnum and other residents had donated approximately 35 acres (140,000 sq mi) to create Seaside Park, now increased to 375 acres (1.52  sq km). In 1878, over 100 acres (400,000 sq mi) of land bordering the Pequonnock River was added as Beardsley Park. Frederick Law Olmsted, famous for creating New York City's Central Park, designed both Seaside and Beardsley Parks. Over time, more parks were added including 35-acre (140,000 sq mi) Beechwood Park and Pleasure Beach, home to a popular amusement park for many years.

Major Highways
Bridgeport has several major roadways. Interstate 95 and the Route 8/Route 25 Connector meet in downtown Bridgeport. I-95 runs east-west near the coast heading towards New York City to the southwest and Providence to the northeast. Routes 8 and 25 run north-south across the city, with the two routes splitting just north of the city. Route 8 continues towards Waterbury and Torrington and Route 25 continues towards the Danbury area. Both Routes 8 and 25 connect to the Merritt Parkway in the adjacent town of Trumbull.

Railroad and Ferries
The Bridgeport Traction Company provided streetcar service in the region until 1937.The city is connected to nearby New York City by both Amtrak and Metro-North commuter trains. Many residents commute to New York jobs on these trains, and the city to some extent is developing as an outpost of New York–based workers seeking cheaper rents and larger living spaces. Connecting service is also available to Waterbury via Metro-North, and New Haven via Amtrak and Metro-North. Shoreline East service links Old Saybrook and New London with New Haven, which extends to Bridgeport and Stamford during weekday rush hours only.

Buses
The Greater Bridgeport Transit Authority (GBTA) provides bus service to Bridgeport and its immediate suburbs. Route 2 the Coastal Link goes west to Norwalk and east to Westfield's Connecticut Post Mall in Milford, from where Connecticut Transit can bring passengers to the New Haven Green. Greyhound and Peter Pan Bus Lines both offer intercity bus service to points throughout the Northeast and points beyond.

Here's the our members favorite photos of "Cities in Fairfield County". Upload your photo of Bridgeport!

Going to Bridgeport? Get answers from our friendly locals