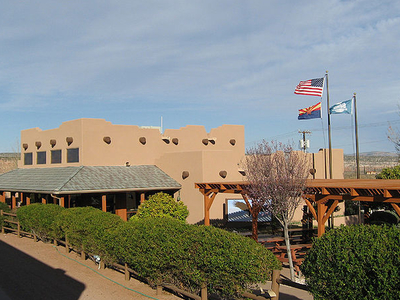 Clarkdale is a town in Yavapai County, Arizona, United States. According to 2006 Census Bureau estimates, the population of the town is 3,836. Clarkdale, formerly a mining town, is now largely a retirement community with an eye for the arts.

Clarkdale was founded in 1912 as a company smelter town by William A. Clark, for his United Verde copper mine in nearby Jerome, Arizona. Clarkdale was built to be one of the most modern mining towns in the World, including telephone, telegraph, electrical, sewer and spring water services, and was an early example of a planned community. The Clark Mansion, a Clarkdale landmark since the United Verde Copper Company heir William Clark III, grandson of Clarkdale's founder William Andrews Clark, built it in the late 1920s, east of town across the Verde River near Pecks Lake. It was destroyed by a suspicious fire June 25, 2010 after setting vacant for years still owned by the Phelps Dodge Corporation.

Here's the our members favorite photos of "Towns & Villages near Camp Verde". Upload your photo of Clarkdale!

Going to Clarkdale? Get answers from our friendly locals