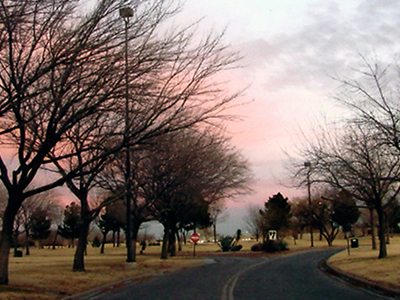 Chamizal National Memorial, located in El Paso, Texas, along the United States–Mexico international border, commemorates the peaceful settlement of the Chamizal boundary dispute.The 55-acre (22 ha) Memorial Park serves primarily as a cultural Center and contains art galleries, a theater, and an amphitheatre. A museum, which details the history of the U.S.–Mexico border, is located inside the visitor center.

The park commemorates the peaceful resolution of the Chamizal Dispute, a more than 100-year border dispute between the United States and Mexico that resulted from the natural change of course of the Rio Grande between the cities of El Paso and Ciudad Juárez, Chihuahua. This national memorial was established on part of the disputed land that was assigned to the United States according to the Chamizal Convention of 1963; a corresponding Parque Público Federal "El Chamizal" was created on the now-Mexican portion of the land.

Here's the our members favorite photos of "National Parks in Texas". Upload your photo of Chamizal National Memorial!

Going to Chamizal National Memorial? Get answers from our friendly locals