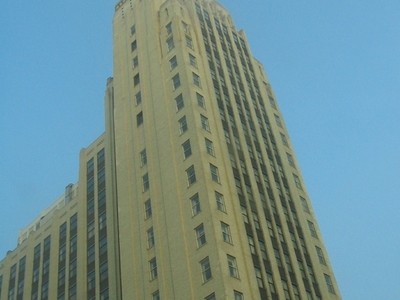 The Central National Bank building is an Art Deco skyscraper located in Richmond, Virginia. Completed in 1929, it was one of the first skyscrapers in the city of Richmond not in the heart of the financial district. According to architectural historian Richard Guy Wilson, it and the West Hospital building, are the only two skyscrapers in Richmond to have used the fashionable Art Deco ziggurat-inspired setback, and is among a handful in Virginia. When the bank later changed hands, it was known as the Central Fidelity Bank. It is presently vacant, awaiting redevelopment.

Here's the our members favorite photos of "Skyscrapers in Richmond". Upload your photo of Central National Bank!

Going to Central National Bank? Get answers from our friendly locals