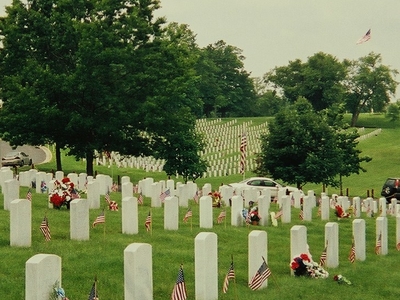 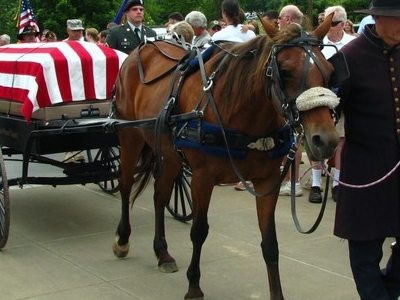 Camp Nelson National Cemetery is a United States National Cemetery located in southern Jessamine County, Kentucky. It was originally a graveyard associated with the U.S. Army's Camp Nelson, which was active during the U.S. Civil War and its aftermath. The camp was named for Major General William "Bull" Nelson, commander of the Civil War Army of Kentucky, who was murdered by a fellow officer in 1862.

The cemetery encompasses 30.2 acres (12.2 ha), has a capacity for 15,000 graves, and currently contains over 12,000 interments, nearly all of which were, at death, either U.S. Armed Forces personnel on active duty, veterans of the Armed Forces, or their dependent family members. There are 2,452 burials that date to the U.S. Civil War, and of those, 837 are known to be the graves of African-American soldiers. Their gravestone are marked with the letters "USCT" over their names; the designation stands for "United States Colored Troops".

The cemetery was created in 1863 as a place to bury Union soldiers who died while serving in and around Camp Nelson during the Civil War. The first cemetery was located near the camp hospital, and 379 people were buried there between June 1863 and July 1865. A plot of land for the second cemetery, designated "Graveyard No. 2", was selected, and is now at the core of the present national cemetery. There were 1,183 soldiers and affiliated civilian employees buried there between the summer of 1865 and February 1866.

Here's the our members favorite photos of "Cemeteries in Lexington". Upload your photo of Camp Nelson National Cemetery!

Going to Camp Nelson National Cemetery? Get answers from our friendly locals