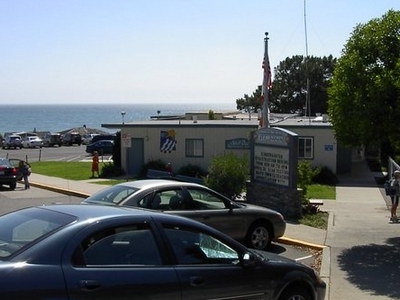 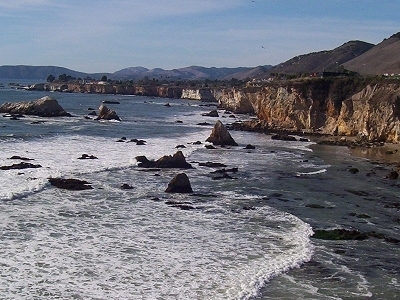 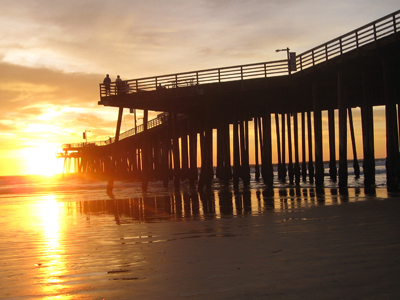 History
Pismo Beach is located on the Rancho Pismo Mexican land Grant made to Jose Ortega, grandson of Jose Francisco Ortega, in 1840. In 1846 Jose Ortega sold Rancho Pismo to Isaac Sparks. John Michael Price bought most of the rancho from Isaac Sparks. Price established the town of Pismo Beach in 1891. His Homestead is now Price Historical Park.His home is a registered historical landmark. Pismo State Beach is named for the city of Pismo Beach. The name Pismo comes from the Chumash word for tar, which was gathered from tar springs in Price Canyon near Pismo Beach. It was a valuable product used to caulk canoes. The Pismo clam was named for the long wide beach where so many were once found. Once so abundant they were harvested with plows on the beach, giving the city the name "Clam Capital of the World", the Pismo clam is now greatly diminished.

Geography and Climate
According to the United States Census Bureau, the city has a total area of 13.5 square miles (35 km2). 3.6 square miles (9.3 km2) of it is land and 9.9 square miles (26 km2) of it (73.29%) is water.Pismo Creek enters the Pacific Ocean at Pismo Beach.The southern end of Pismo Beach runs alongside sand dunes, which are followed by eucalyptus trees which attract thousands of migrating monarch butterflies every November through February.

Clams
Pismo Beach adopted the name "Clam Capital of the World" in the 1950s. The city holds the Clam Festival every October, complete with clam chowder competitions and a clam-themed parade. At the southern end of Price Street upon first entering Pismo Beach, a gigantic concrete clam statue greets visitors. Clamming once drew thousands of clammers to the beach during low tides and is still legal; however, due to over-harvesting by humans and the protected sea otter (which feasts on clams), few clams are to be found. An 8 inch shell of the Pismo clam (Tivela stultorum) is on display at the Pismo Beach Chamber of Commerce.

In "Ali Baba Bunny", Bugs Bunny and his travelling companion Daffy Duck emerge from a burrow, believing they have arrived at Pismo Beach "and all the clams we can eat". In one of the later episodes of "Dragnet 1967", Frank Gannon retires to Pismo Beach and in explaining his plans to Joe Friday, he states his reason, "The clams, man. The clams."

Here's the our members favorite photos of "Cities in San Luis Obispo County". Upload your photo of Pismo Beach City!

Going to Pismo Beach City? Get answers from our friendly locals