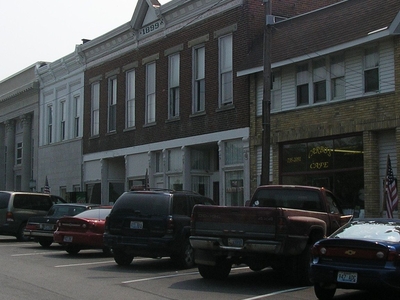 The area was settled before 1800 by William and Joel Woodward, and known early on as Woodward's Crossroads, as it was located at the crossing of several local roads. County government moved from Augusta, Kentucky to Woodward's Crossing in 1833 due to its more central location, although it did not become the official county seat until February 16, 1839. The legislation to formalize Woodward's Crossing as the county seat was sponsored by senator David Brooks, and the town was renamed in his honor. The population has remained stable since 1970, when it was 609.

Here's the our members favorite photos of "Cities in Kentucky". Upload your photo of Brooksville!

Going to Brooksville? Get answers from our friendly locals