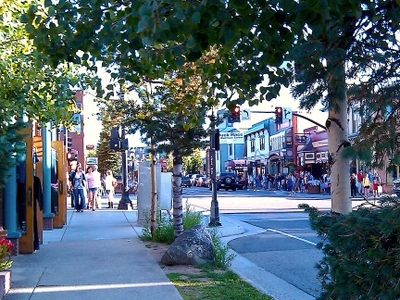 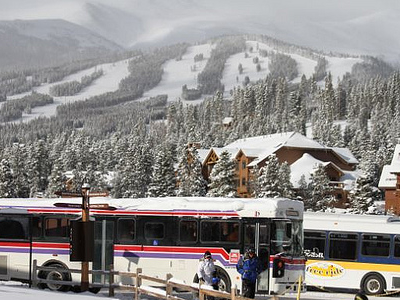 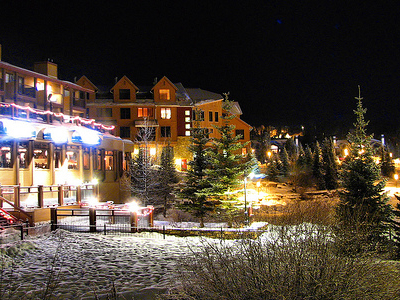 Established in 1859, the historic town of Breckenridge is a home rule municipality that is the county seat of Summit County, Colorado, United States. As of the 2010 Census, the town had a population of 4,540. The town also has many part-time residents, as many people have vacation homes in the area. Breckenridge is also home to one of North America's most popular ski resorts during the winter months, with the Breckenridge Ski Resort servicing multi-difficulty ski slopes across 4 peaks on the Ten Mile Range of the Rocky Mountains.

Summer in Breckenridge attracts outdoor enthusiasts with hiking trails, wildflowers, fly-fishing in the Blue River, mountain biking, nearby Lake Dillon for boating, white water rafting, Alpine slides, and several shops up and down Main Street. Every year, Breckenridge hosts the Breckenridge Festival of Film, established in 1981, Uller Fest every January, as well as an annual Fourth of July parade.

Events
Breckenridge holds public events throughout the year. Every January, the International Snow Sculpture Championships are held in Breckenridge, where sculptors from around the World compete to create works of art from twenty ton blocks of snow. The annual winter Ullr Fest parade pays homage to the Norse god of snow. During the summer, Breckenridge is host to the National Repertory Orchestra and the Breckenridge Music Institute. Concerts are scheduled three to four nights a week. Full orchestra, ensembles, and contemporary artists perform at the Riverwalk Center, downtown by the Blue River.

Several art fairs come to Breckenridge every summer, attracting many local artists and buyers. The town also puts on an annual Fourth of July celebration, featuring a parade in the morning and fireworks at night. The Breckenridge Ski Resort also hosts its own annual activities, including the Winter Dew Tour every December, featuring the biggest names in extreme snowboarding and skiing, the annual Imperial Challenge, Breck's version of a triathlon, The 5 Peaks, North America's longest ski mountaineering race, the Breck Ascent Series, with races up the mountain, as well as other competitions, festivals, and the annual Spring Fever month-long celebration at the end of the ski season with live concerts, festivities and other celebrations around spring skiing.

Summer Activities
Common activities include mountain biking and road biking, hiking, and fly fishing. For mountain biking, Breckenridge hosts innumerable trails such as the Peaks trail which connects Breckenridge and Frisco and the Flume Loops which explore the Highlands Area. The 9-mile (14 km) tarmaced Breckenridge to Friso bike track parallels Highway 9 and is a popular ride. The large number of passes in Summit County also attract road bikers. The nearby fourteener Quandary Peak gains the most attention for hikers. Fly fishing is also popular. Breckenridge Ski Resort hosts the annual Summer Fun Park from June-Sept. on the slopes of Peak 8 with attractions from everything from Jeep tours to chairlift rides to mountain biking.

Here's the our members favorite photos of "Towns & Villages in Colorado". Upload your photo of Breckenridge!

Going to Breckenridge? Get answers from our friendly locals