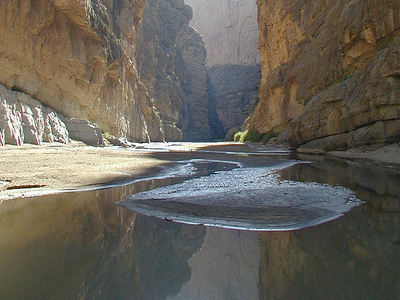 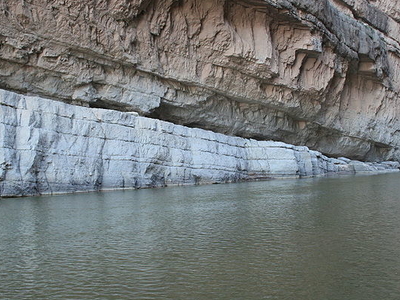 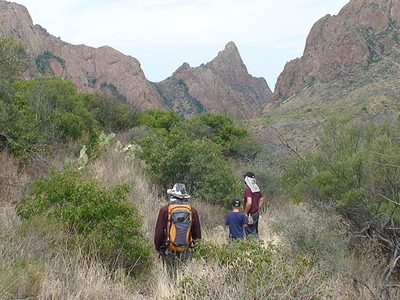 More Photos >
Save me
Been here
Want to go
Show on Map
Here to help 2,286 tour guides and 1 locals

Big Bend National Park in the U.S. state of Texas has national significance as the largest protected area of Chihuahuan Desert topography and ecology in the United States. It contains more than 1,200 species of plants, more than 450 species of birds, 56 species of reptiles, and 75 species of mammals.

The national park covers 801,163 acres (324,219 ha). A variety of Cretaceous and Cenozoic fossil organisms exist in abundance, and the park has artifacts estimated to be 9,000 years old. Historic buildings and landscapes offer graphic illustration of life along the international border in the 19th century.

For more than 1,000 miles (1,600 km), the Rio Grande/Río Bravo forms the international boundary between Mexico and the United States, and Big Bend National Park administers approximately 118 miles (190 km) along that boundary. The park was named after the area, which is bounded by a large bend in the river and Texas-Mexico border (see map at right below).

Because the Rio Grande serves as an international boundary, the park faces unusual constraints while administering and enforcing park rules, regulations, and policies. In accordance with the Treaty of Guadalupe Hidalgo, the park's territory extends only to the Center of the deepest river channel as the river flowed in 1848. The rest of the land south of that channel, and the river, lies within Mexican territory.

Tourist Information:
Big Bend is one of the largest, most remote, and least-visited national parks in the lower 48 United States. In recent years, only 300,000–350,000 visitors have entered the park annually.

Big Bend's primary attraction is its hiking and backpacking trails. Particularly notable among these are the Chimneys Trail, which visits a rock formation in the desert; the Marufo Vega trail, a loop trail that passes through scenic canyons on the way to and from the Rio Grande; the South Rim Trail which circles the high mountains of the Chisos; and the Outer Mountain Loop trail in the Chisos, which incorporates parts of the South Rim loop, descends into the desert along the Dodson Trail, and then returns to the Chisos Basin, completing a 30-mile loop. Other notable locations include Santa Elena Canyon, Grapevine Hills, and the Mule Ears, two imposing rock towers in the middle of the desert. Professional backpacking guide services provide trips in the park.

The park administers 118 miles (190 km) of the Rio Grande for recreational use. Professional river outfitters provide tours of the river. Use of a personal boat is permitted, but a free river float permit is required. In June 2009, the Department of Homeland Security began treating all float trips as trips that had left the country and required participants to have an acceptable form of identification such as a passport to re-enter the country.

Visitors often crossed the Rio Grande to visit the Mexican village of Boquillas, but the Department of Homeland Security closed the border crossing in 2002. In April 2013, the Boquillas crossing reopened as an official Class B Port of Entry between the U.S. and Mexico. It is open Wednesday through Sunday between 9 am and 6 pm.

With more than 450 species of birds recorded in the park, a widely popular activity is birdwatching. Many species stop in the park during their annual migrations.

For out of state visitors who wish to visit Big Bend, flying into Midland/Odessa and then renting a car is the best option available. As a side note, it is a good idea for tourists to purchase tents, gear, and food/snacks in one of the large cities near the airport, as the small towns around Big Bend are not equipped with everything a camper will need. However, a well-stocked grocery is open in the town of Study Butte near the western entrance to the park.

Here's the our members favorite photos of "National Parks in Brewster County". Upload your photo of Big Bend National Park!

Going to Big Bend National Park? Get answers from our friendly locals