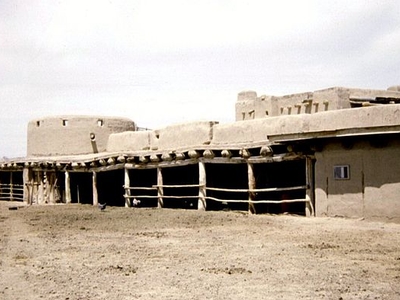 Bent's Old Fort (sometimes referred to as Fort William) is an 1833 fort located in Otero County in southeastern Colorado, USA. William and Charles Bent, along with Ceran St. Vrain, built the fort to trade with Southern Cheyenne and Arapaho Plains Indians and trappers for buffalo robes. For much of its 16-year history, the fort was the only major permanent settlement on the Santa Fe Trail between Missouri and the Mexican settlements. It was destroyed under mysterious circumstances in 1849.