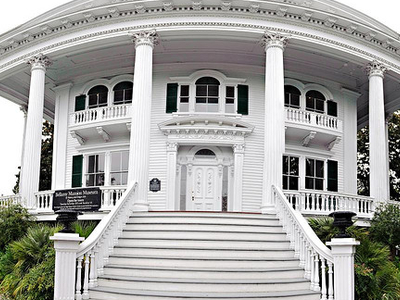 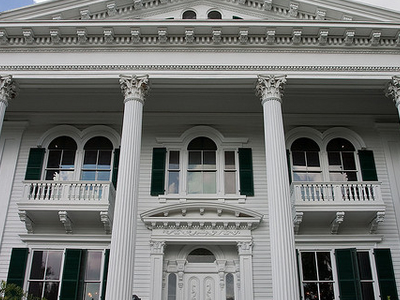 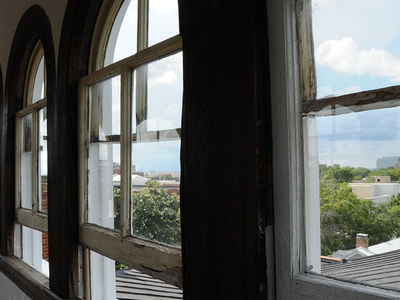 The Bellamy Mansion, located in historic downtown Wilmington, North Carolina, was built between 1859 and 1861. Located on Market Street in the heart of downtown Wilmington, this spectacular mansion is one of North Carolina’s finest examples of historic architecture. Designed with Greek Revival and Italianate styling, this twenty-two room house was constructed with the labor of both enslaved skilled carpenters, and local, freed black artisans. The architect James F. Post, a native of New Jersey, and draftsman Rufus Bunnell, of Connecticut, oversaw the construction of the mansion.

Family
As a young man, John Dillard Bellamy, Sr. had inherited a large piece of his father’s plantation in South Carolina, along with several slaves. John soon moved to Wilmington, North Carolina, to begin studying medicine with Dr. William James Harriss. John would later marry his eldest daughter, Eliza. Leaving for two years in 1837 to study at Jefferson Medical College in Philadelphia, Pennsylvania, he would return to Wilmington in 1839 to marry Eliza and take over Dr. Harriss’ medical practice after Eliza’s father’s untimely death in July. By 1860, as the Bellamy family prepared to move into their new home on Market Street, their family now included eight children aged one to nineteen. Along with the ten members of the Bellamy family, living at the household were also nine slaves. In 1861, Robert Rankin would be the last of the children, and the only one to be born in the mansion on Market Street.

History
After their wedding, Bellamy took over Dr. William James Harriss' medical practice in July 1839. The Bellamys lived in the Dock Street home of Eliza’s now widowed mother, Mary Priscilla Jennings Harris. Upon his death, Dr. Harriss left behind his wife, along with seven children and fourteen slaves who were also living at the household. John and Eliza would welcome four of their own children into the Dock Street home before they moved across the street in 1846 to the former residence of the sixteenth Governor Benjamin Smith. It was here, from 1852-1859, that the next five of the Bellamy’s ten children were born.

Dr. Bellamy’s prosperity would continue to grow through the second half of the nineteenth century, as he was not only a successful physician and landowner, but also now the owner of a turpentine distillery in Brunswick County, a director of the Bank of the Cape Fear, and a stockholder in the Wilmington and Weldon Railroad. In March 1861 the family prepared to move into their new home on Market Street, and held a housewarming party. The party was described as a grand occasion, but just two months later on May 20, 1861, North Carolina officially seceded from the Union. As Dr. Bellamy was known to be secessionist, he assumed the honor of heading the welcoming committee when Jefferson Davis visited Wilmington in late May.

Design and construction
It is unclear where the idea for such an elaborate structure, with a full colonnade came from, but certain signs point to the artistic eye of Belle, the first Bellamy child. While studying in South Carolina, she had taken a liking to a nearby home in Columbia that featured a similar design, and so she shared her ideas with Dr. Bellamy and eventually with the draftsman, Rufus Bunnell. Dr. Bellamy hired James F. Post, an architect in Wilmington who had already designed Thalian Hall. In May 1859 Post hired Bunnell to be an assistant architect. Henry Taylor was another carpenter who worked on the house. Born to a white man who was also his master, he was known to be nominally a slave, but treated free. Drawings for Dr. Bellamy’s new home would be produced though the late summer and early fall months, and in October the excavation of the construction site began and the foundation was laid.

Restoration
After the devastating fire in March 1972, Bellamy Mansion, Inc., faced a whole new set of challenges regarding restoration of the historic home. The fires had caused extensive plaster and wood destruction. Further damage came from the water needed to extinguish the blaze. Over the next two decades more Bellamy family members and community volunteers joined to raise awareness and funds for restoration.

Here's the our members favorite photos of "Historic Houses in Wilmington". Upload your photo of Bellamy Mansion!

Going to Bellamy Mansion? Get answers from our friendly locals