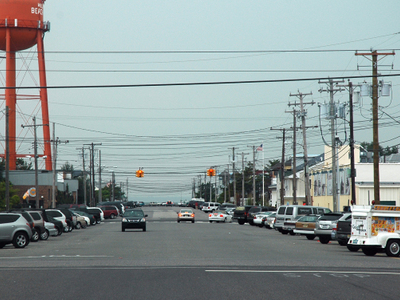 Beach Haven is a Borough in Ocean County, New Jersey in the United States. The borough is located on Long Beach Island (LBI) and borders the Atlantic Ocean. As of the 2010 United States Census, the borough population was 1,170. Beach Haven, known on LBI as the "Queen City," is a late 19th century beach-front resort originally established in 1873 to house wealthy summer residents from Philadelphia. Although some of the major structures, including several hotels and a boardwalk, were lost to storms in the 1940s, a large portion of the town retains its Victorian and Edwardian character. The Beach Haven Historic District listed in the New Jersey and the National Register of Historic Places in the early 1980s, encompasses the most intact buildings at the core of the resort.

Attractions
Beach Haven is home to multiple attractions, including the only amusement park on the island: Fantasy Island, off-Broadway quality professional equity theatre: Surflight Theatre, cabaret-style sing-for-your dessert entertainment: Showplace Ice Cream Parlour, Bay Village Shopping Center, Long Beach Island Museum and many distinctive shops and restaurants, including Tucker's Restaurant, noted in Philadelphia Magazine as the number one restaurant on Long Beach Island. It is here, at the east end of Engleside Avenue that the first shark attack took place in the summer of 1916. The following series of attacks along the Jersey Shore became the basis for the book Jaws, by Peter Benchley. There is also a water park, Thundering Surf, and numerous miniature golf facilities. Veteran's Bicentennial Park, in the heart of Beach Haven, hosts many summer concerts, flea markets and parades, and an open park area for general recreation. As the island is only a few blocks wide, the beach and the bay are readily accessible from anywhere in Beach Haven. Pavilions can be found at Fifth and Pearl Streets. Beach badges are required and can be purchased at Borough Hall or the Centre Street badge booth.

Here's the our members favorite photos of "Towns & Villages in Atlantic City". Upload your photo of Beach Haven!

Going to Beach Haven? Get answers from our friendly locals