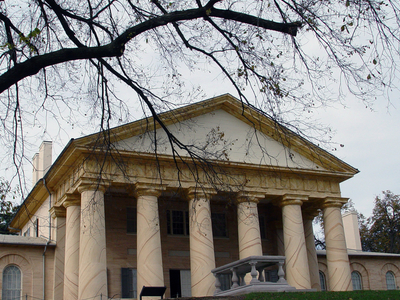 It overlooks the Potomac River and the National Mall in Washington, D.C. During the American Civil War, the grounds of the mansion were selected as the site of Arlington National Cemetery, in part to ensure that Lee would never again be able to return to his home. However, the United States has since designated the mansion as a National Memorial to Lee, a mark of widespread respect for him in both the North and South.

Here's the our members favorite photos of "National Parks in Virginia". Upload your photo of Arlington House The Robert E. Lee Memorial!