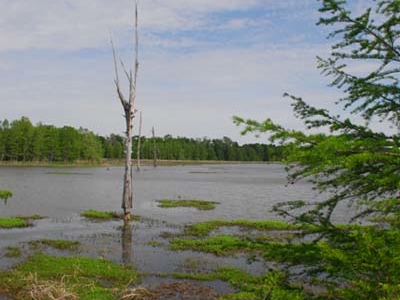 Arkansas Post National Memorial is a 757.51-acre (306.55 ha) protected area in Arkansas County, Arkansas in the United States. The National Park Service manages 663.91 acres (268.67 ha) of the land, and the Arkansas Department of Parks and Tourism manages a museum on the remaining grounds. Arkansas Post was the first European settlement in present-day Arkansas when Henri de Tonti established it in 1686.The memorial commemorates the history of Eurpoean-American settlers who inhabited the small entrepôt as the first Arkansans, a American Revolutionary War skirmish in 1783, the first territorial capital of Arkansas from 1819–1821, and a Civil War Battle in 1863.

Here's the our members favorite photos of "National Parks in Arkansas". Upload your photo of Arkansas Post National Memorial!