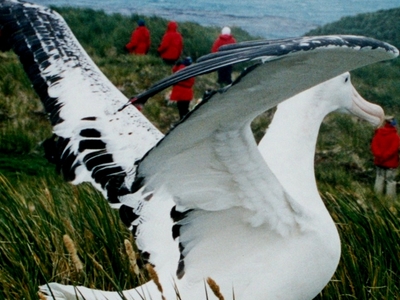 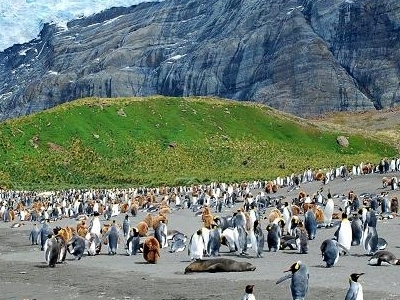 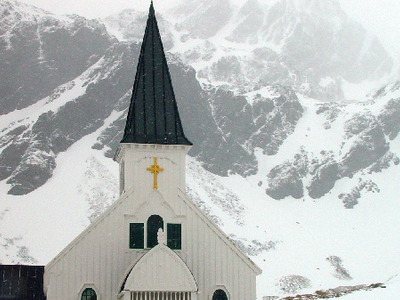 More Photos >
Save me
Been here
Want to go
Show on Map
Here to help 548 tour guides and 1,234 locals

South Georgia and the South Sandwich Islands (SGSSI) is a British overseas territory and overseas territory of the European Union in the southern Atlantic Ocean. It is a remote and inhospitable collection of islands, consisting of South Georgia and a chain of smaller islands, known as the South Sandwich Islands. South Georgia is 167.4 kilometres (104mi) long and 1.4 to 37 km (0.9 to 23.0 miles) wide and is by far the largest island in the territory. The South Sandwich Islands lie about 520 kilometres (320mi) southeast of South Georgia. The total land area of the territory is 3,903 square kilometres (1,507sqmi). There is no native population on the islands; the present inhabitants are the British Government Officer, Deputy Postmaster, scientists, and support staff from the British Antarctic Survey who maintain scientific bases at Bird Island and at the capital, King Edward Point, as well as museum staff at nearby Grytviken.

Here's the our members favorite photos of "Overseas Regions in United Kingdom". Upload your photo of South Georgia And The South Sandwich Islands!